An areal view from Google Maps in approximately 2006 , scroll down to see recent housing developments overlaid onto the map, or scroll further for an interactive version of the map. 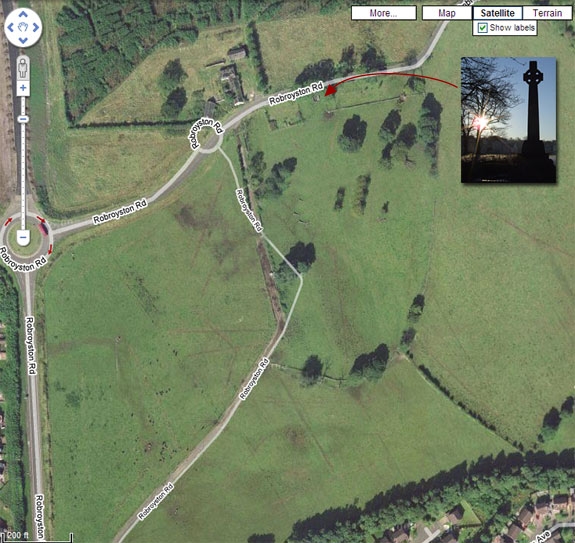 The two housing developments (Campsie Meadows by Stewart Milne, and Wallacefield by Cala Homes) near to the Robroyston Wallace Monument are now virtually complete, however, are not yet available on Google aerial maps. 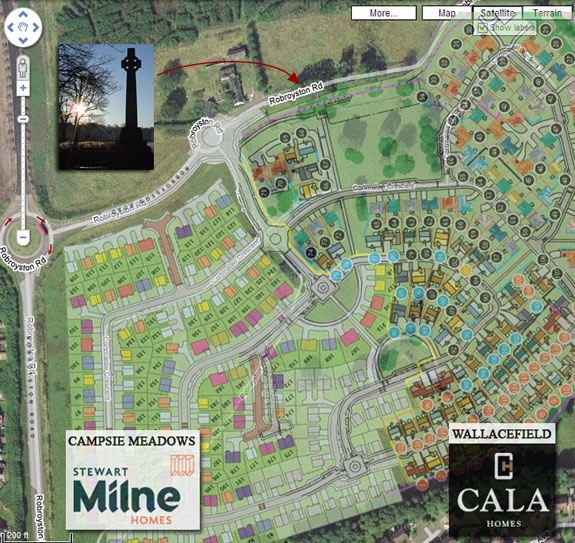